This was the first store I found around the corner from Annabels in Auckland, selling organic treats and amazing hot chocolate. 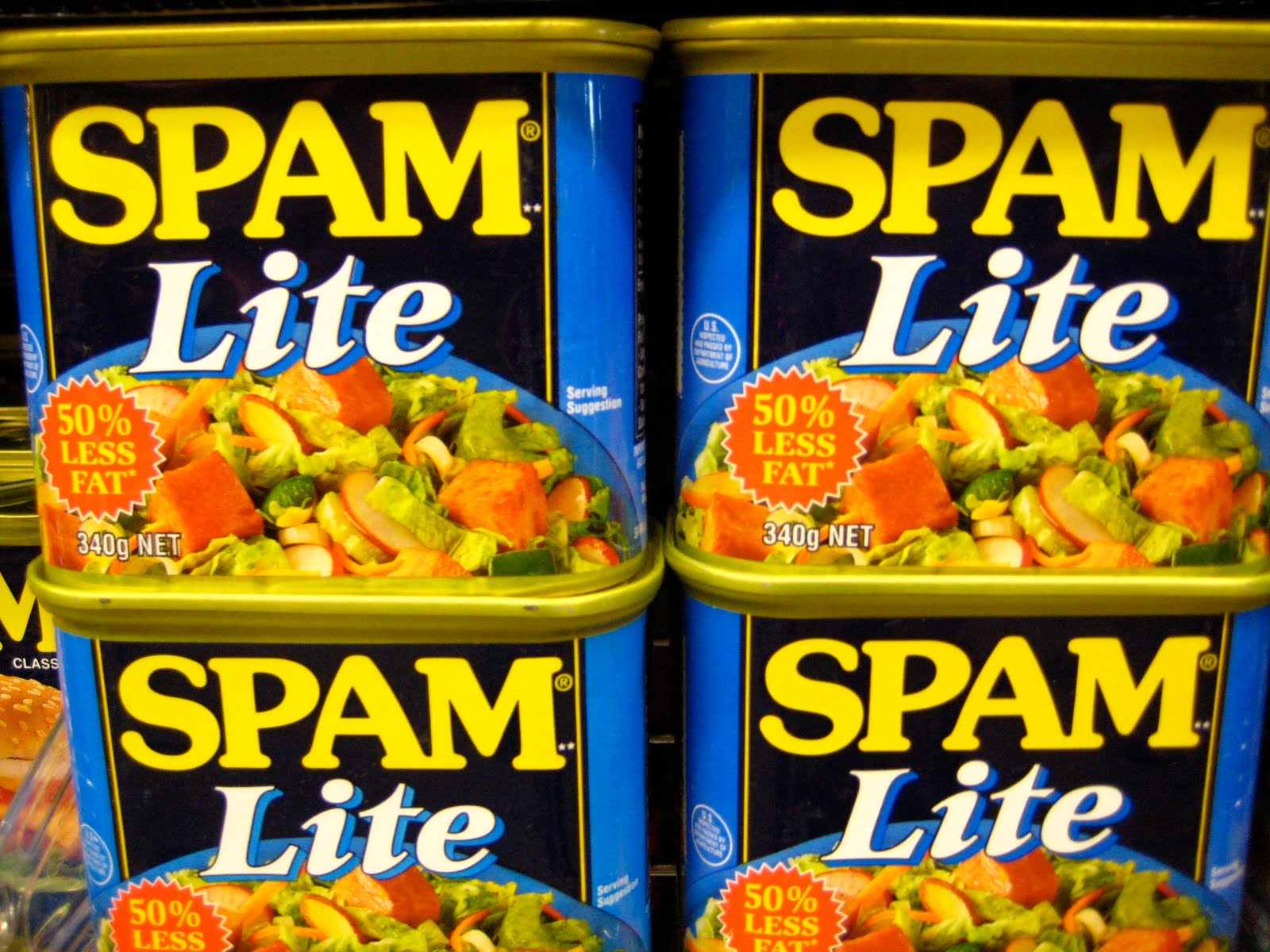 This brought back scary moments from my youth in England. Fortunately was never made to eat spam, but we ate plenty of corned beef. 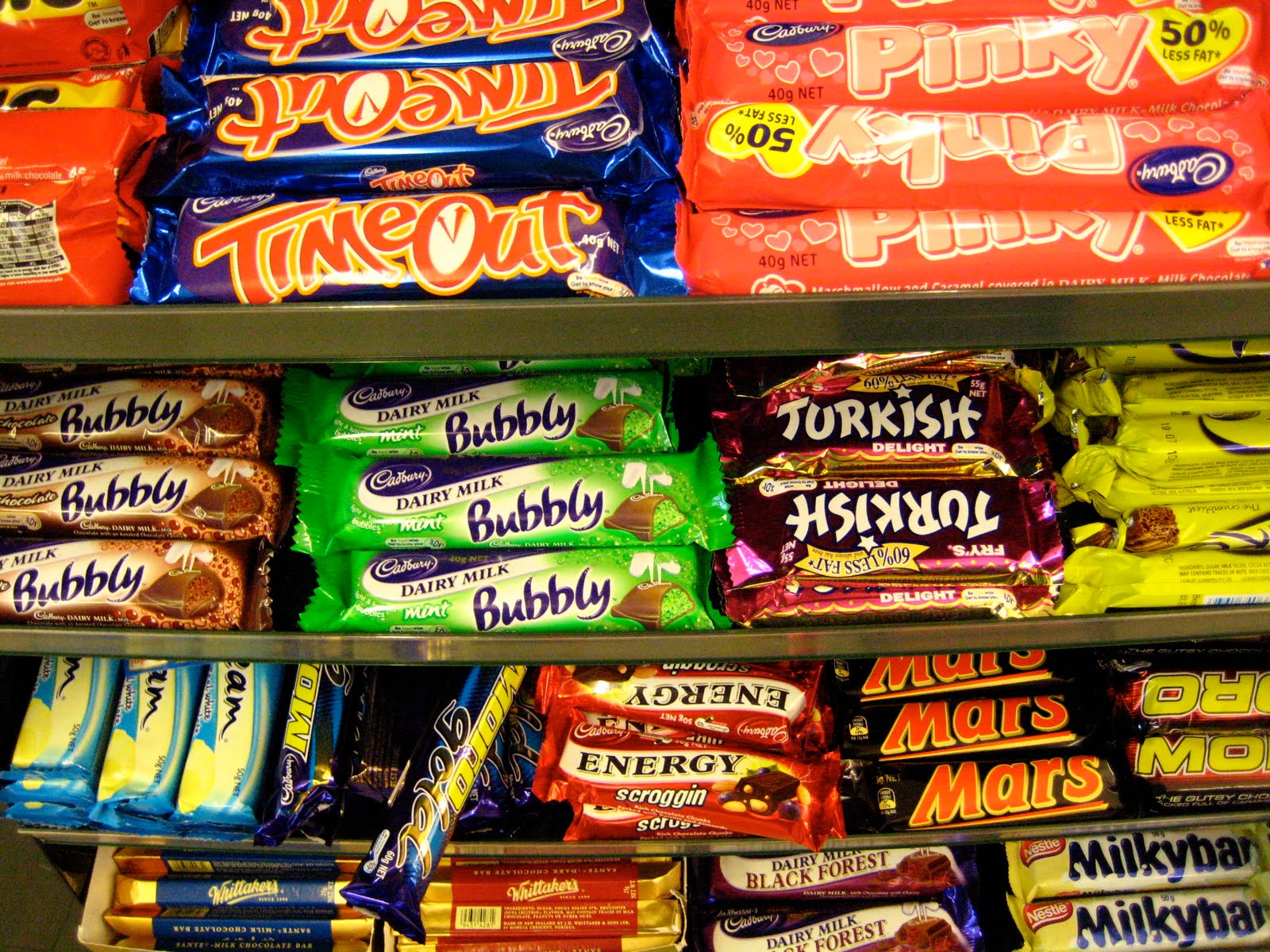 I have managed to stay away from the chocolate, but the jelly ‘lollies’ I cannot resist.

I’m not sure why but as soon as I entered the country I had this strange urge to eat really bad English food.
They have a lot of it here, and to my detriment I have indulged for the past 4 weeks.

It’s a shame really because they have incredibly fresh green delicious produce, this is a GMO Free country!! And, there’s lots of organic. It’s expensive, and most people in the country grow something of themselves. Most cattle and sheep are pasture fed, so the meat is so DELICIOUS!!! It really tastes like meat.

Meat pies- are everywhere, stodgy old english food….. delicious.
Green lipped mussels are a speciality, they are HUGE, not like the tiny French variety, so be careful when you order them!! they get stuck in your teeth… not speaking from experience, I’m not into shell fish, Jack, had had them.
However, listening to the radio, I’ve learned that they are trying to turn some of their cattle industry into the Mad Cow variety. They have been slowly changing chickens (chucks in kiwi) and pigs to the cruel shed housed, corn and antibiotic fed type, that most Americans are used to eating, and now they want to take the pasture fed cattle into the fold as well…. 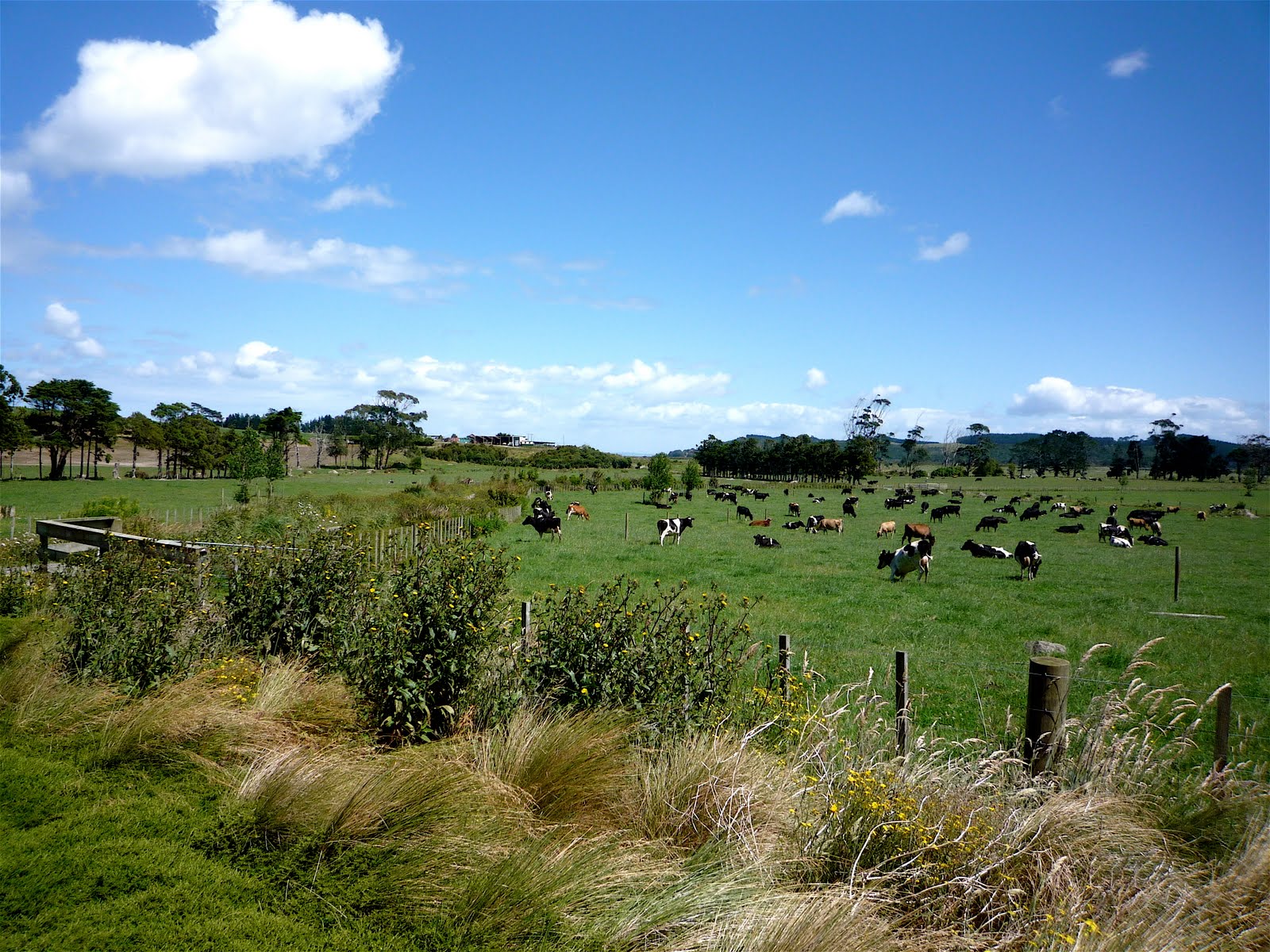 A typical scene in most of rural New Zealand, the natural bush was cut down to create pastures, this is part of what makes it look a lot like UK too. (And the mountains of Costa Rica, where the Quaker dairy farmers brought the cows in the 50’s).

This is how things happen, most people aren’t aware of it, and because they have changed the other animal industries over, the transition for the cows won’t be difficult. I’m interested to see what happens.
I wrote an email to Michael Pollan (author of The Omnivors’ dilemma and In Defense of Food- great books) to see if he would have anything to do with it.
I’ve decided my new years resolution is to be vegetarian for a year.