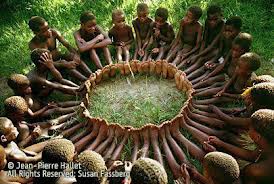 I’m going to be working with several groups of people in the Phoenix Project, so our work on group dynamics was particulary useful.

We were invited to review the work of Anthropologist Ruth Benedict. June 5, 1887 – September 17, 1948). She was an American anthropologist and folklorist. Am surprised she did not know the work of Josheph Campbell, the Mythologist I mentioned in my last post.  She gave a series of lectures at Bryn Mawr college, before WW2  focused around the idea of synergy. She wrote a book Patterns of Culture (1934).

The language is academic and flowery, so I probably won’t be reading too much of it, but have found some interesting ‘translators’ one being  Virginian Heyer’s book
Ruth Benedict: beyond relativity, beyond pattern (2005) University of Nebraska Thomson-Shore Inc

In this text I also found some more interesting and relevant information on Benetict’s ideas about freedom.

From our class notes the basic concept of synergy is given as such:

It’s not just about people who work collaboratively being more successful than one person on their own (the whole being greater than the parts) but involves active generosity to others within the group process.

The model above is one of many that have been created to highlight the different characters or players in any group setting. One of the things that have come to mind with the models that we have reviewed it that they should be seen as organic and flexible, rather than rigid and definite.

I would hope that an any point during my practice (depending on what role i’m playing, as I wear many hats), that I would be all of the above, depending on who I was talking to, what I was trying to get done and the context of the conversation.

In my experience I would say that my natural tendancy has been toward being a promoter/controller, and because of experience I am working harder to become more of a supporter/Analyser (emphasis on the supporter).

I’ve been told by workshop participants that I’m a patient listener when facilitating groups of people in tender emotional situations. In our intensive week I was paying attention to our ‘roles’ and was aware that I not become the promoter/controller, but know, when to listen and when to step in to push things forward and keep things on track.