On Paolo Freire
It was recommended that The Pedagogy of the Oppressed  would be an important book to read for my work. It was the first book that I bought in attempt to develop my practice in community art. So I just bought it, trusting the person who recommended the book.
I couldn’t read it though. In fact the first page is full of my notes and question marks. Pedagogy, axiological, ontological and anthropocentric are all highlighted with my dictionary reference notes next to them.
So this nominal text written about the emancipation of the working classes in Brazil, and a foundational text on critical pedagogy I actually found the least accessible book I had read in a long time.
I felt excluded from it, because as it turns out, it is really important.
I put it down and started to read Isabell Allende’s Daughter of Fortune (original Spanish title Hija de la fortuna) I find magical realism much more inspiring. Or should I say, I find creative writing much more inspiring. I guess its a type of translation into a language that I can relate to, that captures my attention, and helps me to learn. 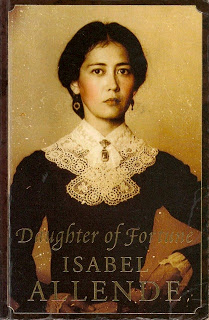 There is an art to reading, and I have come to realise if I cant understand the first page of any text that it probably won’t be worth trying to slog through it. Also, I don’t have to read everything.
Having someone else translate the complex theories of great thinkers has become my tactic to accessing the important knowledge needed to improve my practice, and myself.

Here is Hooks talking about popular culture and how it is a resource to help us to understand. As I suggest, it’s a ‘translated’ version of the political and sociological structures in our everyday lives.

Bell Hooks met Friere and was inspired by his theories on education and freedom. bell hooks’ first major book on education, Teaching to Transgress : Education as the practice of Freedom, was published in 1994. It is a collection of essays exploring her ideas. (Burke,2004)

I celebrate teaching that enables transgressions–a movement against and beyond boundaries.  It is that movement which makes education the practice of freedom. 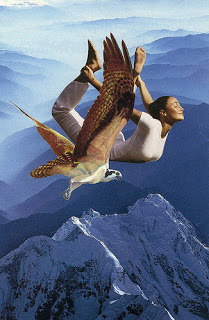 Hooks also draws upon the work of Thich Nhat Hanh, whose conception of engaged Buddhism promotes both ‘action and reflection on the world in order to change it.’ (Hooks, p.14)
You cannot read Freire without then considering the work of Karl Marx and Gramsci. I learned more about Marx’s theories on class struggle via my audits of the Contemporary Social Issues class at goldsmiths. He called capitalism the “dictatorship of the bourgeoisie,” believing it to be run by the wealthy classes for their own benefit; and he predicted that, like previous socioeconomic systems, capitalism produced internal tensions which would lead to its self-destruction (Baird, Forrest E.; Walter Kaufmann (2008).
Gramsci was Italian, inspired by Marxism, he is renowned for his theory of cultural hegemony, which describes how states use cultural institutions to maintain power in a capitalist society. He founded the Italian communist party and was imprisoned by Mussolini’s Fascist regime. At his trial, Gramsci’s prosecutor stated, ‘For twenty years we must stop this brain from functioning’.
(Lawrence and Wishart, 1971)
Gramsci created the Prison Notebooks (Quaderni del carcere) while incarcerated from 1929 and 1935. I see this as a poignant reminder of how the social power structures in which we live have control over our lives.
https://virtuevision.org/wp-content/uploads/2018/08/virtuevision.png 0 0 Sharon Virtue https://virtuevision.org/wp-content/uploads/2018/08/virtuevision.png Sharon Virtue2013-05-10 13:50:002019-09-23 04:15:33Freedom

The Reflective JourneyValues
Scroll to top