I took a trip to the Auckland Museum, an anthropology museum in the Domain, a large park in the center of town.

This is a Weta the heaviest insect in the world. I have seen them, they are BIG. 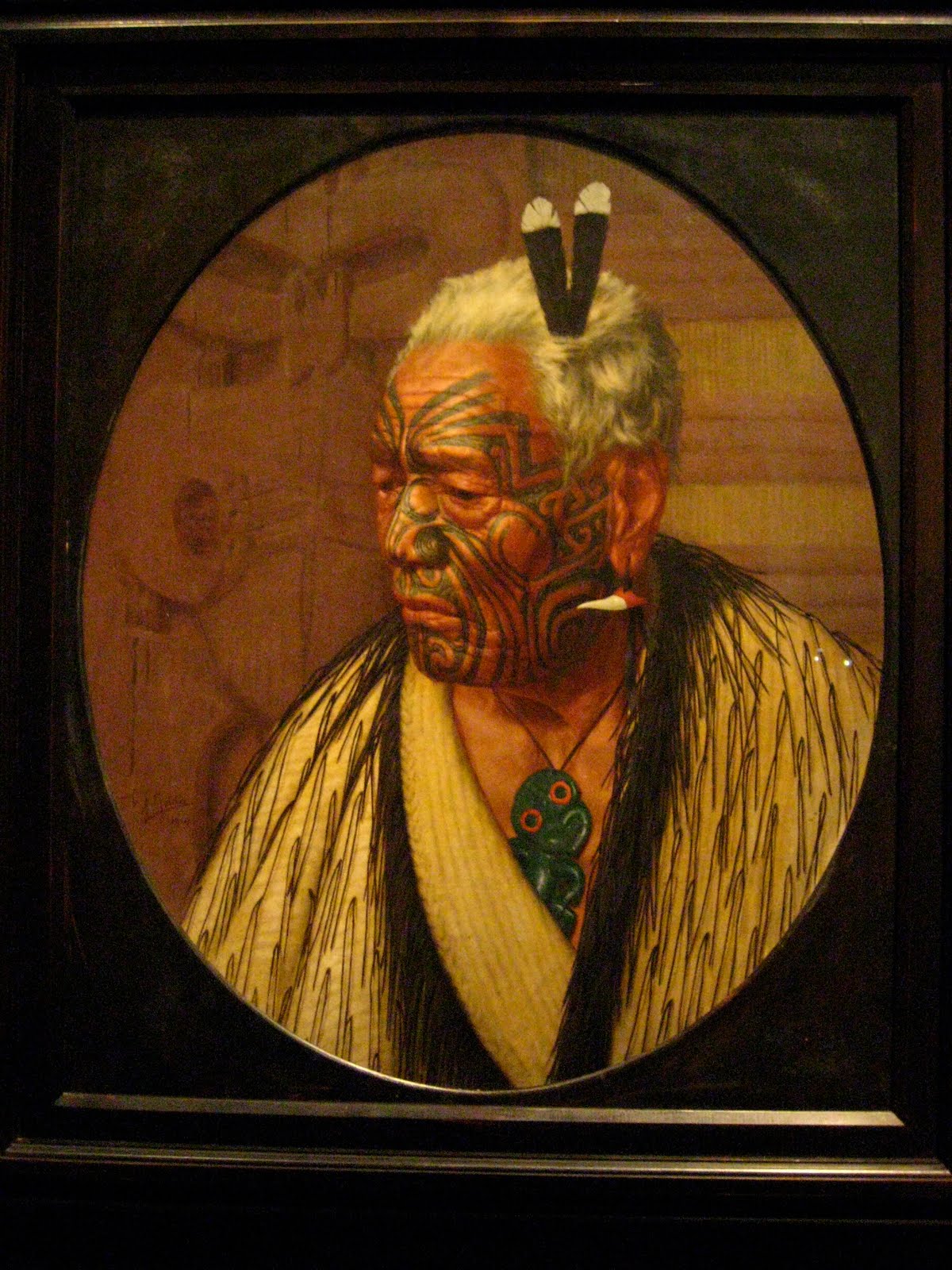 Charles Frederick Goldie
Goldie’s work has been criticised as “racist”, and certainly he held the Victorian attitudes he had grown up with that the Māori were a “dying race” and in many ways inferior to Europeans. However, many Māori value his images of their ancestors highly.

The issue of racism is very touchy here, as a woman of colour from the UK, I have some interesting points of view

I’m learning that language has a way of disguising certain forms of racism and sexism. Words like ‘half-caste’ are still used here in New Zealand, this victorian use of language is commonplace, so it seems normal to refer to mixed race people with this term, when in fact it is quite derogatory.
Growing up in England (the motherland!), I also used the same language, but living in USA have’nt heard it for some time. Hearing it again in NZ made me realize how powerful language can be as a tool to carry subconcious meanings, that endure through time and support a culture of ignorance.

More on this later under the title “golly wogs” and little black sambo.

New Zealand was known to the original tenants (Maori) as Aotearoa, land of the long white cloud- or as I saw recently which made me laugh- Land of the Wrong White Crowd.

New Zealand is beautiful. I’m so inspired when I come here, and the general aesthetic is so different from that of the USA. There is a thriving artist community, and the Arts are important here, with lots of artist residencies, art centers and public exhibition spaces.