Self care has been on my mind of late, especially as I have an elderly and sick parent. If I don’t pay attention I am genetically predisposed to suffer the same fate as my parents as far as my health is concerned.

I realise if I am not in good shape all round emotionally as well as physically that nobody else is around to do my job. So I take good care not to push the boundaries of what one person can possibly do in a lifetime.

Last winter, as it seemed everyone around me was sniffing and coughing, I made it a point not to get sick because I didn’t want to miss anything. It’s actually quite simple not to catch a cold. Eat good food, sleep enough, take vitamin C, echinacea and goldenseal and wash your hands a lot.

I recently took a creative workshop at the Kid’s Company space and the conversation came around to a few members of the group who really wanted to help other people. As the weekend progressed it seemed to me, they would do better to help themselves first, before trying to help anyone else.

The concept of the wounded healer came up for me as a point of reflection some time ago after working in Mozambique. A friend who was also working there asked me why I wanted to ‘help’ and what I thought my ‘help’ would achieve, was it for me- or for the people I was working with?
Another friend mentioned the wounded healer in reference to a bad experience she had with one of her teachers on a healing course.

I found it interesting and started to wonder if I too was a wounded ‘healer’, and the positive and negative affects a wounded healer can have on the people they work with.

Carl Jung explored the archetype of the wounded healer in the context of the psychoanalyst. 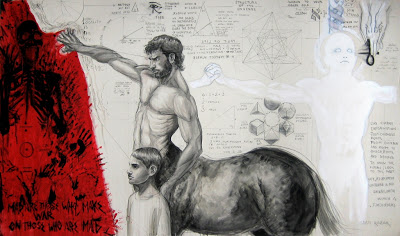 In Greek mythology, the centaur ‘Chiron’ was known as the ‘Wounded Healer’. Chiron was poisoned by one of Hercules’ arrows, but because he was not able to heal himself he suffered thereafter from an incurable wound.
Jung, developed this phenomenon by stating that “a good half of every treatment that probes at all deeply consists in the doctor’s examining himself…it is his own hurt that gives a measure of his power to heal. This, and nothing else, is the meaning of the Greek myth of the wounded physician.”
Latterly, the term ‘Wounded Healer’ has expanded from Jung’s original concept to cover the study of any professional healer who has been wounded, including counsellors, psychotherapists, doctors and nurses.

For more depth into the concept of the wounded healer read the interesting research of psychoanalyst Alison Barr.
http://www.thegreenrooms.net/research_and_articles/wounded-healer

or alternatively,
more on the myth of Chiron
http://catiestewart.com/2012/05/29/chiron-wounded-healer/

So as a point of reflection why do I want to help?

First of all I guess I would not use the word ‘help’. 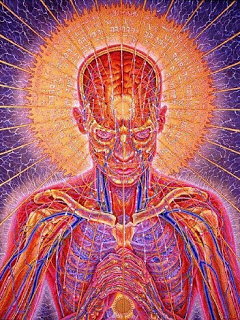 My work is about sharing my personal experiences and perspective through the creative process. I am offering a creative experience and an alternative method of interacting in the world to the people I work with. They can choose to explore- and if they think they can ‘help’ themselves they can go on to make changes necessary to incorporate a practice of creativity in their lives.