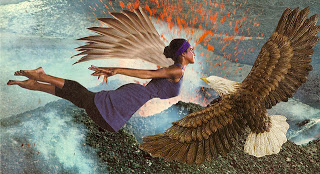 A friend gave me a great book called the Artists Way http://juliacameronlive.com/ some years ago. Its a book that encourages reflective practice. The method involves creating the ‘morning pages’, when you first wake up with all those great ideas that have been cooking in your dreams overnight.

It takes practice like everything else. Having sat in front of my computer for what seems like 2 months straight writing essays and researching, the last thing I feel like doing is typing this into a blog.

I’d rather be dancing!

Several mornings ago I woke up with several potential posts to write about, so I wrote instead of putting them into the blog… now I have to enter them.

Integrity and Trust lay at the foundation of any sucessful relationship.

I have been working with the women of Open Book on a digital media project. I was amazed at the womens immediate response to my request to make a movie with them. When I think about my approach it was honest and clear.

Following through on the commitments to them will be the glue that binds our new friendship together. So far things are still holding together.
My sense of these women, from hearing their stories is that they have been disappointed and let down in most of their relationships- at the women’s group they ahve found a safe space where there is a real sense of integrity and trust amongst the group.

Meanwhile in Tottenham, I sense the same pattern of consistant disappointment from the power structures in place that are supposed to support people- a crisis of confidence.

As I have been working to build trust with the community in Tottenham, some people have been more honest and straightforward than others. There is a general distrust and suspicion-
“Your not from here, why do you want to do this work, what do you want from this community?”

The riots of 2011 and the aftermath – (probably the residue unresolve issues from the last riots at Broadwater farm estate in the 80’s) could be seen to have traumatized this community. People are suspicious of my intentions, because there was a whole lot of parachuting in after the riots of people from outside the community, who have now all disappeared now the money has run out.

I’ve appreciated the candid responses that have come from some of the people I have approached. With some people I have been able to allay any doubts by being really honest about what my intentions are. The fact I”m willing to volunteer if I don’t get funding is a big plus in conversations, and I plan on making time to carry out the research this summer funding or not.

This situation makes me think of the time I spent in Haiti after the earthquake. There were so many people in the NGO world, parachuting in to help.

There are many codes of ethics when working with vulnerable people. I think we should be applying those ethics to whole communities as well as individuals. 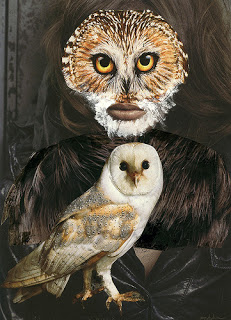 The Need for ArtistryTiming
Scroll to top